On this day 74 years ago Walter Franklin Tomkins Died

On this day 74 years ago Walter Franklin Tomkins died in Fazakerley General Hospital
after being Injured near his home on May 28th 1941 in an air raid.

To commemorate this day today,  i have decided to release
"On The Trail of Walter Franklin Tomkins"  as an MP3 download
It's FREE on google play Here.

Note that although i Can put it on iTunes, Spotify & Amazon
(I am unable to manually set prices on those stores)
So to put it in those stores, i would have to let them set the default prices
To which it is only available on googlePlay (to keep it free)
It's 100% Free and the files will work on Any device that supports MP3 audio.


It's 74 years ago tonight that Walter Franklin Tomkins was injured on Sefton Road in Litherland not far from his house, which was also damaged while he was on fire watch duty.

He gave his life looking up at the skies and looking beyond the horizon for fires...
So that others may sleep.. 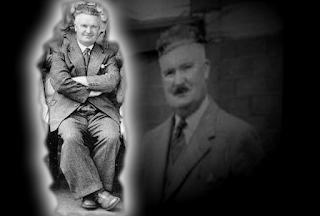 In 1941 Beach Road School (boys department) Second Headmaster was said to be Joseph Lowe (former head master of) Lander Road School AND Walter Franklin Tomkins mentor, while Walter trained to be a teacher & a headmaster.  But you know.. as info goes.. or to coin the phrase.. hey joe, wha do ya no...  I know his name wasn't Joe or Joseph.

His name was Francis, we can confirm that (besides from the news article here) because on his postal mail it says Mr F. B. Lowe, not a J in sight..

I did consider the news paper article stating F. B. Lowe could of been a Typo, and as so much wrong information is going around i had yet to dig any deeper on that F. B. Id well wasted enough time months ago looking for Joe Lowe and Joseph Lowe.. Getting this photo of the envelope is the only reason i took the search any further.

I then also found a Letter, it could of been the letter that was in this envelope (who knows) This letter was from an architect, after a bit of research & even finding a photo of the architect, a little deeper research sadly showed this specific architect wouldn't be old enough to of designed beach road, though he was pretty famous none the less.

We know Mr Lowe came to the school after walter passed away, so we no for sure he started in beach road in 1941, but we have yet to determine when he left. We know from another news article that when Miss Sheila Allen retired, she had been at the school for 34 years, from the retirement date we range that from from 1937 to 1971 (she had replaced mr lowe as head of the whole school) The article also said and head mistress for 26 years. The issue we face is she was a head mistress for 26 years (but a large chunk of that was just as the girls department head) While Lowe was still head of the boys department.

We have a rough date of January 1964 that the girls & boys departments merged, that's as near as we got. So we have yet to pinpoint his leaving date.

He was a keen gardener and used to have the boys working in the council allotments up beach road.

To Be Updated Soon..

Email ThisBlogThis!Share to TwitterShare to FacebookShare to Pinterest
Labels: 1941, Headmaster

Every morning the school flag of Beach-road, Litherland, is flown and every evening it is lowered.
This is to show the gratitude and esteem to ex-pupils of the school who gave their lives during the two world wars. and to the previous head master of the school, Mr. Walter F. Tomkins, who was killed in an air raid in 1941.

It was in 1908 that Mr. Tomkins opened the Junior boys department as an overflow from lander-road School.
During these 50 years there have been man improvements. Mr. F. B. Lowe, the present head-master who came in 1941, has provided ever more scope for the boys. Among the many extra-school activities there are swimming, football, cricket and gardening.

The school now has a fine allotment complete with greenhouse which the pupils of the school built. They have raised grapes, gooseberries, black currants, roses, passion flowers (Natives of Brazil) and many other fruit trees and flowers.

The boy's department is not holding any special display to celebrate the school 50t year, as with them it is exam time.

The headmaster told a Herald Herald reporter: "Hardly a day goes by without one of the ex-pupils of the school calling in to say hello." During the war a magazine published at the school was sent to all ex-pupils all over the world and the school raised £200 which was sent to the old boys in the services during the war. In response, hundreds of letters of thanks were received.

Like the boys' department, the girls will not be having any special display t celebrate the school's 50th year. The girls' department was also opened the same year (1908) by Miss K.E. Jones who remained head mistress till her retirement in 1942; she was followed by Miss F. E. Carter (till 1945); then came the present head mistress, Miss S. Allen, B.A.

Miss Jones the first head mistress is in happy retirement in Sussex.

INFANTS EXHIBITION
Unlike the junior boys' and girls' departments, the infants have staged a wonderful arts and crafts exhibition.

On Wednesday afternoon a number of inspectors toured the school and viewed the many drawings, painting and models which children had made. The standard of these exhibits was very high. Yesterday afternoon parents and friends of pupils toured the school. In the evening a bouquet was presented to Mrs A. E. Whitty who has done so much for the school; she has been a member of the school managers for 40 years.
The Exhibition was organised Mrs. Oplatek and the deputy head, Miss E. Jones.

INFO:
Mrs. Oplatek (headmistress of the infants) saved this article and put it into the Infants School Log Book.  It is truly fantastic to see how the early heads of the school departments had such a passion for it's moments in time.. moments that will soon sadly become the only remnants of its whole existence....or proof it even existed...  Romantic Notions Indeed...  This isn't the only clipping she saved.. nor the others.. so expect more (though im not transcribing them, ive done enough) .. check back for updates around the blog or sign into google and click follow to be notified of new "posts"  though "Pages" you will have to check back on manually.

HELP?
We have no idea who wrote this article and would like to credit them here for writing it.

Email ThisBlogThis!Share to TwitterShare to FacebookShare to Pinterest
Labels: News Paper, The Herald

This Programme IS Complete.

2015 Recreation of the School Crest 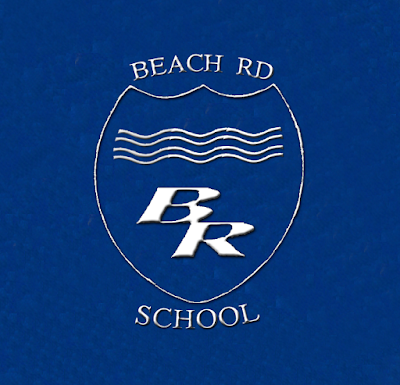